It's time for the annual guest blog! Please welcome Mary Ellen Martin back with a check-in on last year's resolutions... 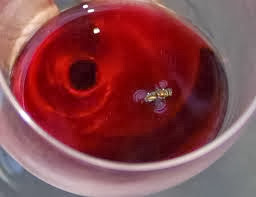 What Does the Bar Fly Have That I Don’t?

Hello again! It’s so good to see you in the bright shiny 2014 we’ve got going on, isn’t it? The beginning of the year is always so hopeful, so full of promise. Until we have to get up and clean the cat box.

Many of us go through life with some pretty good intentions and plans. We make resolutions with the hope of becoming better than we are. Real life always has other ideas, though. Exercise hopes become dashed unless that piece of exercise equipment is covered in cheesecake, providing the only motivation to reach for it.

2013 was also a bit more challenging than anticipated. I wrote last year about resolutions and goals, and came out with my simple goal of publishing four items. That was it. Not a lot. But somehow, that goal became a mammoth endeavor that got lost in the flotsam of daily life. As most goals and resolutions do.

I submitted my short stories and flash fiction pieces. EVERY single one was rejected. Let’s face it. A bar fly on a Tuesday night had better luck than I did. I suppose, technically, I did get published, if you count my online post in this blog and a flash fiction contest for lacauxflash.com. That piece, while posted on their website, did not win. But a few people did get to see it, and were very kind and encouraging in their comments. Yet no acceptance letter came, no small check for my work, no chance to post “WINNER!” by my name.

The year wasn’t a complete failure. The basement finally got a new floor, and I finally found a little peace in some personal struggles I had, and discovered a few things about myself. I did grow and change, but just not as much in the writing department.

I think my biggest regrets, when it came to writing in 2013, are missed opportunities and timing. In February, I traveled to visit a close relative who’d had a heart attack. While in the airport waiting for my flight, a woman approached me and struck up a conversation, that resulted in some fantastic ideas for an essay on weight in our culture. However, by the time I decided to write the thing, the media was so overloaded with fat mannequins and other related topics, it was clear that I was late to the conversation.

I also learned that my science fiction might be a bit more plausible if I kept up on science articles. Timing is everything when you write a fictional story, and the exact same idea gets published the next day in some science article. Very similar situations, except for one being, you know, based on fact.

So this year, my goal hasn’t changed. Four. Of course, last January, four seemed easy. But when September came around, with December not far behind, I felt like I went to class naked and didn’t study for the test.

This year, the rejection counter has been rolled back to zero. I joined a Facebook group that posts ongoing deadlines for publication in science fiction markets. I am going to get over my fear of self promotion, and pitch my ideas to my friends at the local newspaper. No, I am not going to stop watching Doctor Who and Sherlock, and yes, my writing will probably suffer for it. My goals are still waiting for me, and I will do my damnedest to meet them halfway.

And I will stop competing with bar flies.

Thanks for catching us up, Mary Ellen. I hope you'll check back in every so often this year to let us know how it's going so we can cheer you on.