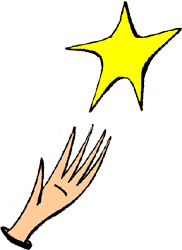 You know what’s interesting about blogging? Especially sporadically as I do (despite my best intentions). I can go back and read old posts and be inspired by my own words, as if they had come from someone else. Someone with a depth of knowledge and wealth of experience to draw from. Was it the Muse talking? Was I channeling a motivational speaker?

So I write this knowing I will need to hear these words this summer or maybe next winter.

Truth is, I probably spend so much time telling myself I should do better, try harder, be more consistent, not fall down, not stumble, that I start to think I’m a good-for-nothing sloth. The side effect of that is the more down on myself I am, the less effective I am in reaching for my goals.

The success is not in achieving success (I’ve heard from enough published authors that it never feels like a solid success so much as being one flop away from failure), the success is in continually _reaching_ for your goals. Success isn’t not falling down. “Success consists of getting up just one more time than you fall.” – Oliver Goldsmith. “If at first you don’t succeed, try, try again.”—William Edward Hickson. Good quotes, but I think Milton Berle’s is the best by far.


Now go on, keep reaching for that star!