“[Be] willing to write really badly. It won't hurt you to do that. I think there is this fear of writing badly, something primal about it, like: "This bad stuff is coming out of me…" Forget it! Let it float away and the good stuff follows. For me, the bad beginning is just something to build on. It's no big deal. You have to give yourself permission to do that because you can't expect to write regularly and always write well. That's when people get into the habit of waiting for the good moments, and that is where I think writer's block comes from. Like: It's not happening. Well, maybe good writing isn't happening, but let some bad writing happen... When I was writing "The Keep," my writing was so terrible. It was God-awful. My working title for that first draft was, A Short Bad Novel. I thought: "How can I disappoint?"—Jennifer Eagan 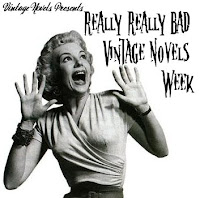 The root of writer’s block debunked. I wholeheartedly agree with Jennifer Eagan. If we allow ourselves to write pure garbage for a first draft, just for the sake of getting some words on the page, it becomes so much easier to write. Try writing the most awful opening paragraph you can think of. Or consider entering the Bulwer-Litton contest – A “yearly challenge "to compose the opening sentence to the worst of all possible novels". At the very least, wander over and read some of the winners. How often has a bad novel been inspiration to write? “I could do better than that blindfolded and with one hand tied behind my back.” Right? As soon as we become aware of rules and guidelines and plot and structure and characterization, writing begins to seem really really hard. Like math. Or sit-ups.

When you find yourself stuck, give yourself permission to write crap. Like Anne Lamott calls it, the shitty first draft. It’s a long-revered concept in the world of writing.
Posted by Barb at Tuesday, November 22, 2011