"Get through a draft as quickly as possible. Hard to know the shape of the thing until you have a draft. Literally, when I wrote the last page of my first draft of "Lincoln's Melancholy" I thought, Oh, shit, now I get the shape of this. But I had wasted years, literally years, writing and re-writing the first third to first half. The old writer’s rule applies: Have the courage to write badly."—Joshua Wolf Shenk

So, you’re slogging thru NaNoWriMo, falling short of word count some days, not sure what the point is, if all you end up with at the end is 50k of garbage.

NaNo is an exercise, a lesson in pushing thru, in hammering out a discovery draft with which you can craft a great story. Consider NaNo as boot camp, perhaps. (I can put on that drill instructor hat if it will help.) Instead of writing and editing and waffling and wondering and researching, you are pushing yourself to generate only new words.

I’ve experienced exactly what the quote above talks about. I spent three years working editing a story, believing that if I could just get that first part 'right', I'd be able to write the rest. After three years, a writing mentor suggested I consider that the scene I thought was my opening might just be the climax. 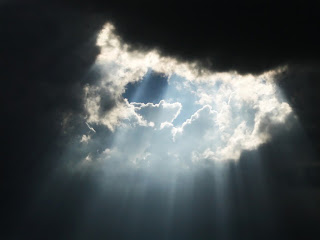 Suddenly the heavens opened up, light poured down, and angels sang. The story wrote itself. (Well, not quite, but it did unlock the unproductive spiral I’d tangled myself in.) If only I had signed up for NaNo, I might have discovered the story in 3 weeks instead of 3 years.

So scribble away with purpose. You are taking the short cut this month.